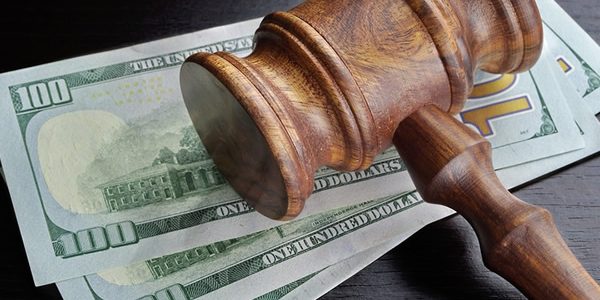 As broker-dealers adjust to the new Department of Labor fiduciary rule by instituting uniform commissions on a wide swath of investments, investors could be faced with higher prices on some investment products.

LPL Financial, the nation’s largest independent broker-dealer, is instituting new uniform pricing rules for alternative investments such an nontraded real estate investment trusts that could actually increase the initial price for some investments on its platform.

Recent industry rules, including the new pricing rules for illiquid investments by the Financial Industry Regulatory Authority Inc., were intended to bring fee and pricing transparency to illiquid investments and, in part, to push prices down on products such as nontraded REITs.

(More: Nontraded REIT sales fall off a cliff as industry struggles to adapt)

The new fiduciary, however, rule is having unintended consequences for the industry, executives said. The brokerage industry is considering uniform commissions as a way to hedge against opening the door to potential liabilities.

“The DOL strips out the flexibility or impact of market conditions,” said John Rooney, managing principal of Commonwealth Financial Network, which is considering similar changes in pricing to those implemented by LPL. “It ties advisers’ and broker-dealers’ hands.”

Mr. Rooney was quick to note that an industry move to standardize commissions could have a potential harmful impact on investors in mutual funds as well as alternatives. If a firm were to implement a standard commission of 3% on mutual funds, that means the price of short-term bond funds would actually double, from the typical commission of 1.5% today, he said.

LPL has made no secret of its move to create uniform prices for its platform. At its annual meeting last month, LPL CEO Mark Casady said the company was standardizing commissions for mutual funds across all accounts at the firm. The broad intent is to make sure that the commission a broker receives for selling an investment product is not driving the broker’s choice of that product.

In a memo to product sponsors last month, LPL outlined the changes to its alternative investments.

“Prior to the DOL’s effective date of April 10, 2017, in an effort to standardize compensation on LPL’s general brokerage platform, LPL intends to restrict future sales to a single share class for products,” according to the memo. “The surviving share classes will be a ‘T’ share equivalent with specified parameters.”

The upfront adviser commission for nontraded REITs and BDCs will be 3% at the point of sale; the adviser will receive an annual trailing commission of 1% to be capped at 4%; and LPL Financial will receive 1.5% as revenue sharing.

That compensation is in line with the commission structure for nontraded REIT and BDC “A” shares, which typically pay 7% to the broker and between 1% and 2% to the broker-dealer. The sponsor’s broker-dealer, known as the dealer manager in industry parlance, can then pay itself the remainder up to 10% of the total transactions, according to Finra rules.

FS Investment Corp. IV, a nontraded business development company, has a hard cap of fees and commissions of 8.95%. The cap on commissions for nontraded REITs and BDCs at LPL will be 8.5%, but that doesn’t include the 1.5% fee normally charged by the dealer manager.

The difference between “T” and “A” shares is that more investor money is invested by the manager immediately.

As it moves to standardize commissions on investment products, LPL is looking at numerous factors, including product complexity, and then considering the product individually and in comparison with its universe, said Robert Pettman, executive vice president of investment and planning solutions at LPL. “You have to find right balance, and there will always be outliers that could be lower or higher.”