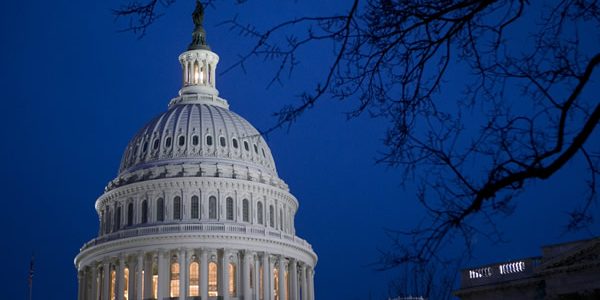 The DOL released its final rule last month. The rule, sometimes referred to as the conflicts of interest rule, mandates financial professionals who service individual retirement accounts, including IRAs and 401(k) plans, to serve the “best interest” of the savers and disclose conflicts of interest.

U.S. Rep. Phil Roe, R-Tenn., chairman of the Subcommittee on Health, Employment, Labor and Pensions, and who introduced the resolution April 19 in an effort to block the DOL’s rule, said he was proud of his fellow lawmakers for moving the bill.

“Since the Department first proposed expanding the definition of fiduciary back in 2010, I have raised concerns about their approach,” Roe said Thursday. “While we can all agree that financial advisors should serve their clients’ best interests, the Department has created an unnecessarily complicated rule that has almost as many pages as a dictionary.”

Roe said lawmakers tried their best to reason with the DOL through letters, hearings and meetings.

“Unfortunately, reasoning with the Department has not worked, which is why I introduced this resolution to block this rule using Congressional Review Act,” he said.

“This resolution will allow Americans to receive the kind of retirement advice they need, and I thank Rep. Wagner and Dr. Boustany for their support of this important effort.”

Reps. Ann Wagner, R-Mo., and Charles Boustany, R-La., who serves as chairman of the Subcommittee on Tax Policy, are co-sponsors.

They contend, along with a majority of Senate Republicans, the DOL’s rule restricts access to investment advice and will make it more difficult for low- and middle-income families to save for retirement.

They also argue the rule creates new obstacles for small business owners who want to offer employees options to save for retirement.

“In today’s economy, too many families are struggling to save for retirement. That’s why it’s crucial Americans have access to the retirement advice they need to make the best decisions for the future,” Roe said previously. “Unfortunately, the administration’s misguided rule does just the opposite.”

In a letter to members of Congress last week, the Competitive Enterprise Institute and other groups defending free markets and constitutional liberties urged lawmakers to back Roe’s bill.

“Under the fiduciary rule, the DOL claims authority never granted by Congress to greatly restrict investment choices for 401(k)s, individual retirement accounts (IRAs) and other saving vehicles,” they wrote Thursday.

“In the earlier, proposed regulation, referred to by many as ‘Obamacare for your IRA,’ the DOL did not even bother to hide its contempt for the intelligence of American savers. It said most Americans can’t ‘prudently manage retirement assets on their own.’ Based on this paternalism, the administration now mandates that investment professionals — even if they are serving self-directed investors — must adhere to the government’s one-size-fits-all definition of ‘best interest’ for the investment products they offer.

“The final rule leaves no room for individual savers to decide what their own ‘best interests’ are.”

The groups noted that center-left economists have concluded the rule would cause many Americans to lose their current brokers and could end up costing savers $80 billion over the next decade.

“We believe the federal government should vigorously prosecute actual fraud by financial professionals, but otherwise leave savers free to seek guidance and make investment choices they deem in their own best interests, taking account of their own individual circumstances and preferences,” they wrote.

On April 18, Sens. Johnny Isakson, R-Ga.; Lamar Alexander, R-Tenn.; and Mike Enzi, R-Wyo., put forth their own resolution under the Congressional Review Act to stop the DOL from implementing the final rule.

They, too, argue it will have “devastating effects” on retirement planning by families and small businesses.

“Like so many of this administration’s decisions, their new fiduciary rule harms the very individuals it seeks to protect and prevents those hardworking Americans who are trying to plan for retirement from having the opportunity to access retirement advice,” said Isakson, the lead sponsor.

Alexander agreed, arguing that retirement planning will be available only to the rich under the rule because many financial advisors won’t risk the new legal liability except for clients with big accounts.

“Congress needs to overturn this rule before it cripples low- and middle-income Tennesseans’ access to affordable retirement advice — and forces them to work longer and retire with less,” he said.

Enzi said he also is concerned the new rule will cut off access to advice.

“This rule is a solution in search of a problem,” he said. “Right now a kid with a paper route, a family with some savings or a small business looking to help their employees can get retirement planning advice from an advisor without much hassle.

“We already have financial literacy problems and this rule could stifle access to the good information already available, hurting the exact people that the rule is supposedly designed to serve.”

If approved, a resolution of disapproval would allow Congress to stop the DOL from implementing the rule.

The final rule will begin to take effect in part by April 2017, with full implementation set for January 2018.

A resolution of disapproval only needs a simple majority to pass and cannot be filibustered or amended, if acted upon during a 60-day window. It also must be signed by the president. Congress can overturn a veto with a two-thirds vote in both the Senate and the House.

The DOL’s fiduciary rule has been years in the making and was the subject of a DOL press call in April. During the call, Secretary of Labor Thomas Perez called it a win for the middle class.

“At its core, this rule ensures retirement savers get investment advice in their best interest,” Perez said. “If that sounds like it is obviously the right thing to do, that’s because it is.”

The American Association for Justice, formerly the Association of Trial Lawyers of America, praised the rule in a statement by CEO Linda Lipsen.

“Too many working families have lost their hard-earned retirement savings after relying on a financial advisor who deliberately sold them poor investments more geared toward the advisor’s bottom line than the investor’s financial success,” she said.

“The Department of Labor rightly moved to require that financial advisors give clients advice that is in their best interest, not anyone else’s.”

The basic structure of the fiduciary rule is that financial advisors and institutions are not permitted to receive payments creating conflicts of interest with their retail retirement investors without meeting a prohibited transaction exemption.

In other words, without the exemption, firms cannot continue to set their own compensation structures.

This prohibited transaction exemption is referred to as the Best Interest Contract Exemption, or BICE. An advisor or firm who wishes to receive compensation that would otherwise be prohibited must meet the proposed BICE.

Also under the new rule, an investment contract cannot have a no-class action provision.