How Apple Will Impact Your Social Media Marketing 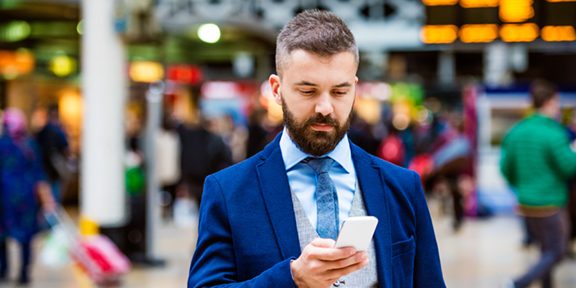 Upcoming changes to Apple’s app policies will have a significant impact on your social media marketing plans. The changes are expected as soon as this month, when the iPhone maker updates its iOS 14 operating system.

The update involves a new feature that will prompt users to give an app permission to track their activity. According to Apple, the move is being made in the interest of consumer privacy. However, Facebook has fought tooth-and-nail against the update for months. Their reasoning? The update will hinder the platform’s biggest moneymaker – targeted ads.

According to Facebook, “Businesses that advertise mobile apps, as well as those that optimize, target, and report on web conversion events from any of our business tools will be affected.”

The update will effectively eliminate most data collection from users who opt out of tracking via the prompt. This will limit ad personalization on both app and web conversions. In other words, ads will become less relevant to the user. Campaigns that targeted consumers based on their online activity will be limited and less effective.

Targeting options will also be affected by the iOS 14 update. For example, let’s say you’re running an ad campaign focused on a specific age demographic located within a 30-mile radius of your office. Where you typically have the ability to craft an ad that speaks directly to that audience, the update will limit the number of people in that group who actually see the ad. This could force many agents and advisors to take a different, less personalized approach to their social media campaigns.

Aside from the aforementioned obstacles to your social campaigns, the iOS 14 update is worth keeping an eye on for one simple reason – the majority of Facebook users access the platform via mobile device. Mobile activity is the bread and butter of Facebook’s ad platform. Assuming at least a good portion of iPhone users will opt out at the prompt, you should expect the update to take a toll on your Facebook ads for the time being. However, the social media giant is taking steps to circumnavigate Apple’s actions and help businesses maintain effective ad campaigns.

What Can You Do?

Facebook has recommended a few immediate steps to take for those who need to lessen the impact of the iOS 14 update.

For starters, Facebook will start processing conversions for iOS 14 devices using Aggregated Event Measurement. Without delving too deeply into the technical aspects, AEM measures web activity from those devices, while still supporting consumer privacy. Those of you who plan to continue using targeted, personalized Facebook ads need to take the following steps:

Social media advertising is dynamic and fast-moving. It is difficult to predict the true impact the iOS 14 update will have on business, or how long that impact will last. Facebook and other social networks have been working on solutions since Apple announced the update last year. While it’s not time to hit the panic button yet, businesses should be prepared to roll with the new changes and act accordingly. Future editions of Marketing Corner will dive deeper in how you can adapt your social media ad campaigns.

Will The Coming Tax Increase Affect Your Clients?
March 26, 2021