2017 CSOs: How These Numbers Will Impact the Entire Insurance Industry 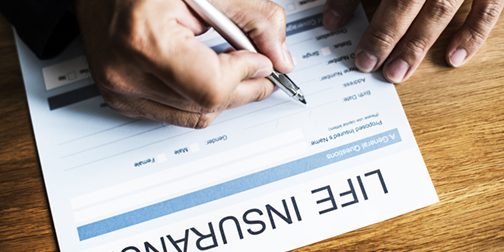 As we approach 2020, an important deadline nears. No, it’s not the presidential election. It’s the complete transition to the 2017 CSOs.

Commissioners Standard Ordinary Mortality Tables (CSOs) are actuarial tables developed by the Society of Actuaries (SOA) and the American Academy of Actuaries on behalf of NAIC. These calculations have been used to develop underwriting guidelines and reserve targets for insurance companies for almost 80 years now. While client-focused advisors may not delve too deep into the actuarial aspects of our industry, CSOs can have a significant impact on products, pricing, and procedures. Which for the smart advisor, means sales opportunities.

First a little background. CSOs were originally implemented in 1941. The first CSOs were based on the experience of sixteen life insurance companies in the United States and Canada, drawing on policy information from years 1931 to 1940. Since this, there have been four major iterations of CSOs, in the years 1958, 1980, 2001, and 2017. Like the first CSOs, subsequent versions were based on industry experience from a set period of time preceding their development. The idea is to provide a base standard for carriers while accounting for changes over the decades. With each CSO, more carriers participated, more data was provided, and more analysis prepared.

Each CSO has a three-year transitional period, at the end of which all carriers are required to implement the new tables in reserve values and underwriting. The deadline for the full implementation of the 2017 tables is January 1, 2020. While every company will have its own specific underwriting process, the CSOs are used as a common base.

The adjustment of reserve values impacts how carriers price their products. Additionally, features such as guaranteed cash values and other non-forfeiture benefits see a relationship to reserves (which again, has a key relationship with the most current CSOs).

Amongst insurance carriers, you will find a variation of those who have already adopted the new CSOs and who is waiting until the deadline. The main difference between the 2017 tables and the 2001 version—the most recent—are the mortality rates. As life expectancies have generally improved in the sixteen years between the versions, new mortality rates will generally be lower. Consider that since 2001, tables have been calculated to age attained of 120 years. This has led to some surprising developments, like 35- and 40-year term life insurance policies available with a few carriers.

With the 2017 tables, there is also the creation of a new reserves calculation method called the Principle-Based Reserve formula (PBR). This formula seeks parity on reserves requirements; under current methods carriers can carry an excess of reserves on one group of products while maintaining inadequate reserves on another.

With cheaper insurance on the market, a client who was previously priced out of a product may be better positioned after the CSO adoption. Or there may be alternatives to their current coverage which not only incurs lower premiums but possibly additional features. As we near the CSO implementation deadline, policy reviews will become an even more valuable prospecting and sales technique.